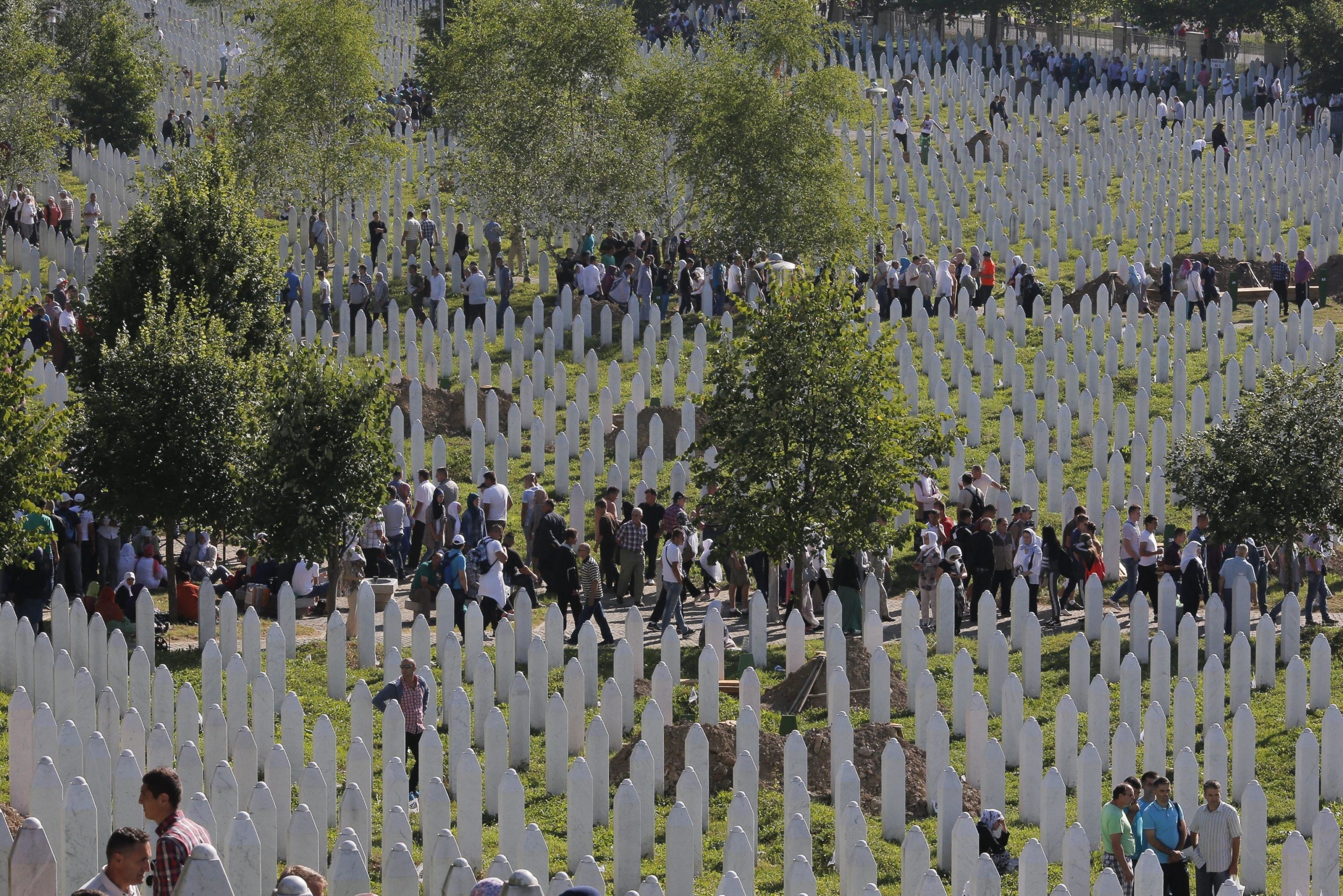 epa04841795 Thousands of Bosnian muslims gather at the Potocari Memorial Center in Srebrenica, Bosnia and Herzegovina, 11 July 2015, as 136 newly-identified Bosnian Muslims will be buried as part of a memorial ceremony to mark the anniversary of the Srebrenica massacre. July 2015 marks the 20-year anniversary of the Srebrenica Massacre that saw more than 8,000 Bosnians men and boys killed by Bosnian Serb forces during the Bosnian war. On 08 July Russia vetoed a United Nations Security Council resolution that would have labeled as genocide the 1995 massacre of Muslims in Srebrenica by ethnic Serbs. EPA/VALDRIN XHEMAJ

Any cookies that may not be particularly necessary for the website to function and is used specifically to collect user personal data via analytics, ads, other embedded contents are termed as non-necessary cookies. It is mandatory to procure user consent prior to running these cookies on your website.