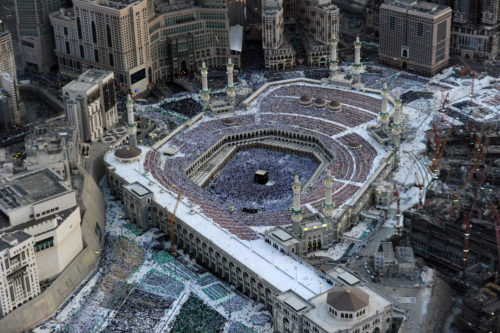 An aerial view shows Muslim pilgrims walking around the Kaaba in the Grand Mosque of the holy city of Mecca on August 6, 2012. All over the world Muslims are performing one of the five pillars of Islam as they fast from dawn to dusk during the holy month of Ramadan. AFP PHOTO/AMER HILABI (Photo credit should read AMER HILABI/AFP/GettyImages)

Any cookies that may not be particularly necessary for the website to function and is used specifically to collect user personal data via analytics, ads, other embedded contents are termed as non-necessary cookies. It is mandatory to procure user consent prior to running these cookies on your website.